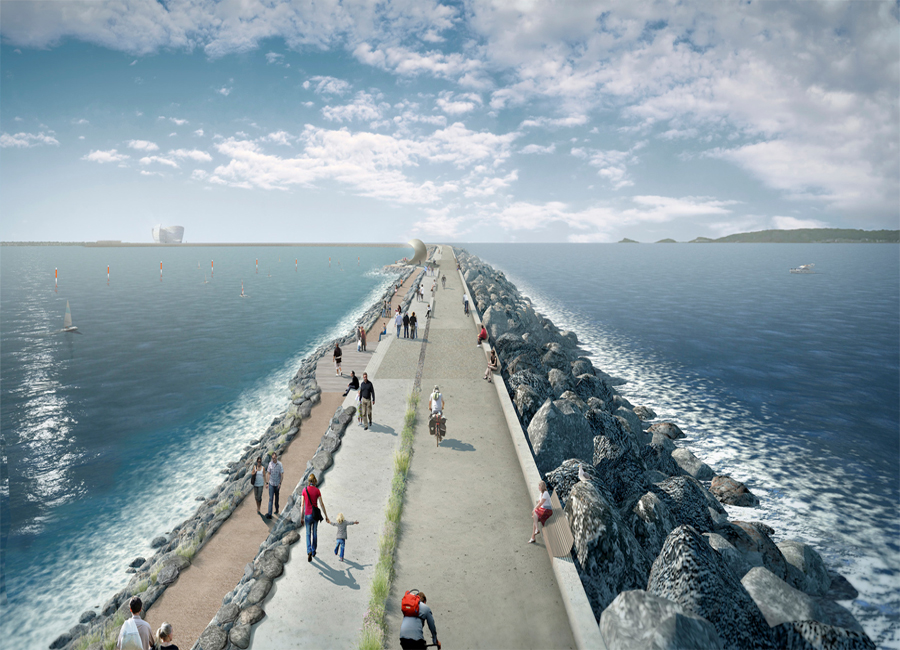 Tidal Power in the Severn Estuary and Inner Bristol Channel

Since the UK Government is committed to generating 20% of the nation’s energy from renewable sources by 2020, tidal power in the Severn Estuary could contribute significantly to this target, particularly given the estuary’s high tidal range (second highest in the world). However any schemes are inevitably going to have a range of impacts, from those on habitats and wildlife to those on shipping and ports.

For these reasons tidal power in the Severn Estuary has never been far from the headlines with a range of proposals, including various barrages, tidal lagoons and other schemes, being discussed and debated at both national and local levels.

The Department for Energy and Climate Change announced last year (9th June, 2015) that it had given the Tidal Lagoon Swansea Bay proposal development consent.

Since before the New Year doubts had been expressed over the future of the project after being imposed with a delay of a year, and reports that the government’s enthusiasm had cooled in relation to the high strike price.

On 10th February 2016, the Government announced an independent review into the feasibility and practicality of tidal lagoon energy in the UK.

Currently, there are various proposals to harness the tidal power in the estuary and parts of the Bristol Channel as well as at other sites in the UK, potentially providing up to 10% of the UK’s electricity needs.  Around the estuary/Bristol Channel:

Over the last decade or so, there has been considerable interest in a range of barrage proposals for the Estuary and Inner Bristol Channel.  These have included:

Tidal Power Links in the Severn Estuary and Bristol Channel

Background to Tidal Power on the Severn Estuary

In July 2008 the Government published a list of ten possible schemes, including barrages, onshore and offshore lagoons, a tidal fence and a tidal reef. They then assessed, in high level terms, the costs, benefits and impact of potential schemes and how they might affect the environment and the region. Following this process Ministers recommended the following schemes for detailed analysis:

The five projects selected were those that the government’s engineering consultants, Parsons Brinckerhoff, deemed to be based on the most proven technology. Proposals for tidal reefs and tidal fences were not included. The former would involve a series of slow-moving, fish-friendly turbines over a purpose-built causeway in the estuary while the latter would involve building only a partial barrier between Cardiff and Weston-Super-Mare. Both these proposals are acknowledged as having minimal impact on the local environment.

There were allegations that Parsons Brinckerhoff miscalculated the costs of a tidal lagoon project championed by Friends of the Earth. The report sent by the consultants to ministers stating the tidal lagoon option would be eight times more expensive than the barrage scheme and would not generate as much power, claims denied by the designers. David Elliott, of the energy and environment research unit at the Open University, also stated that a single big barrage would be problematic in terms of harnessing energy since it would only provide two short bursts of power every day. He considered that several smaller tidal turbines around the coast, operating at different times, would be a better solution. Likewise the RSPB was disappointed that the Cardiff-Weston barrage option was on the short list, considering that the final scheme must be the one that generates as much clean energy as possible, while minimising harm to the estuary and its wildlife. They considered that the barrage would destroy huge areas of estuary marsh and mudflats used by 69,000 birds each winter and block the migration routes of countless fish.

The Partial Impact Assessment of Severn Tidal Power prepared for the Department of Energy and Climate Change compares the five projects against the “do nothing” option, which was considered to be the generation of electricity from Combined Cycle Gas Turbines and other options for meeting renewable energy and GHG targets. It also stated that there may be a regional economic cost to ports and to local fishing, additional environmental costs from the loss/damage of habitats and species, reduced ‘ecosystem services’ including negative effects on biodiversity and harm to fish stocks.

Because of these issues and others, the Sustainable Development Commission, the UK Government’s independent watchdog on sustainable development, set out three ‘sustainability tests’ which a Severn tidal power scheme should pass:

Note: It is not the intention of the Severn Estuary Partnership to take any position regarding the debate about tidal power in the estuary, merely to provide a resource on the subject.

About the Severn Estuary Partnership

At the Severn Estuary Partnership, we aim to keep all of our stakeholders informed of renewable energy developments and proposals that are happening within, or will have an impact on, the Severn Estuary, acting as a neutral facilitator, encouraging discussion and debate.

Your comments – we welcome comments on the proposal and aim to provide a summary of these within our monthly E-news. Get in touch now!

Your actions – if you are holding any meetings or workshops related to the Cardiff Tidal Lagoon proposal, please get in touch to include in our next E-news edition.

About us. The different groups on the estuary and their various websites are easily viewed from the Severn Estuary Gateway.

State of the Severn Estuary Report

This document is set to be the first in a series that reports on the state of and changes in the natural and human environment of the Severn Estuary, establishing baseline data in the context of climate and other coastal change.

One of the main objectives was to inform a wide ranging audience, including local people and industry professionals alike, on why the Estuary is so unique by providing a non-technical overview of the Estuary environment; focusing on its uses and resources.

Future editions of the report will focus on the identification and analysis of a robust set of sustainability indicators, which can not only be used to determine the health of the Estuary environment and its resources, but will also aid in the development of effective management measures.

State of the Severn Estuary Report

The ‘State of the Severn Estuary Report’ has been produced by the Severn Estuary Partnership and Cardiff University, in collaboration with the Environment Agency (Wales). With support from the Interreg IVb IMCORE project, the report has been developed to incorporate contributions from the University’s lecturers, local industries, stakeholders and even Estuary residents – such as Miranda Krestovnikoff, presenter of the BBC’s Coast series – who kindly wrote the foreword and launched the summary document at the 2011 annual Severn Estuary Forum.