Marine planning is a new approach to the management of the seas. The aim is to ensure a sustainable future for UK coastal and offshore waters through managing and balancing the many activities, resources and assets in the marine environment.

Marine planning follows a similar approach to terrestrial planning – setting the direction for decision making at a local level. These plans are used by public authorities as part of the decision making process for all new activities and devleopments affecting the marine area. 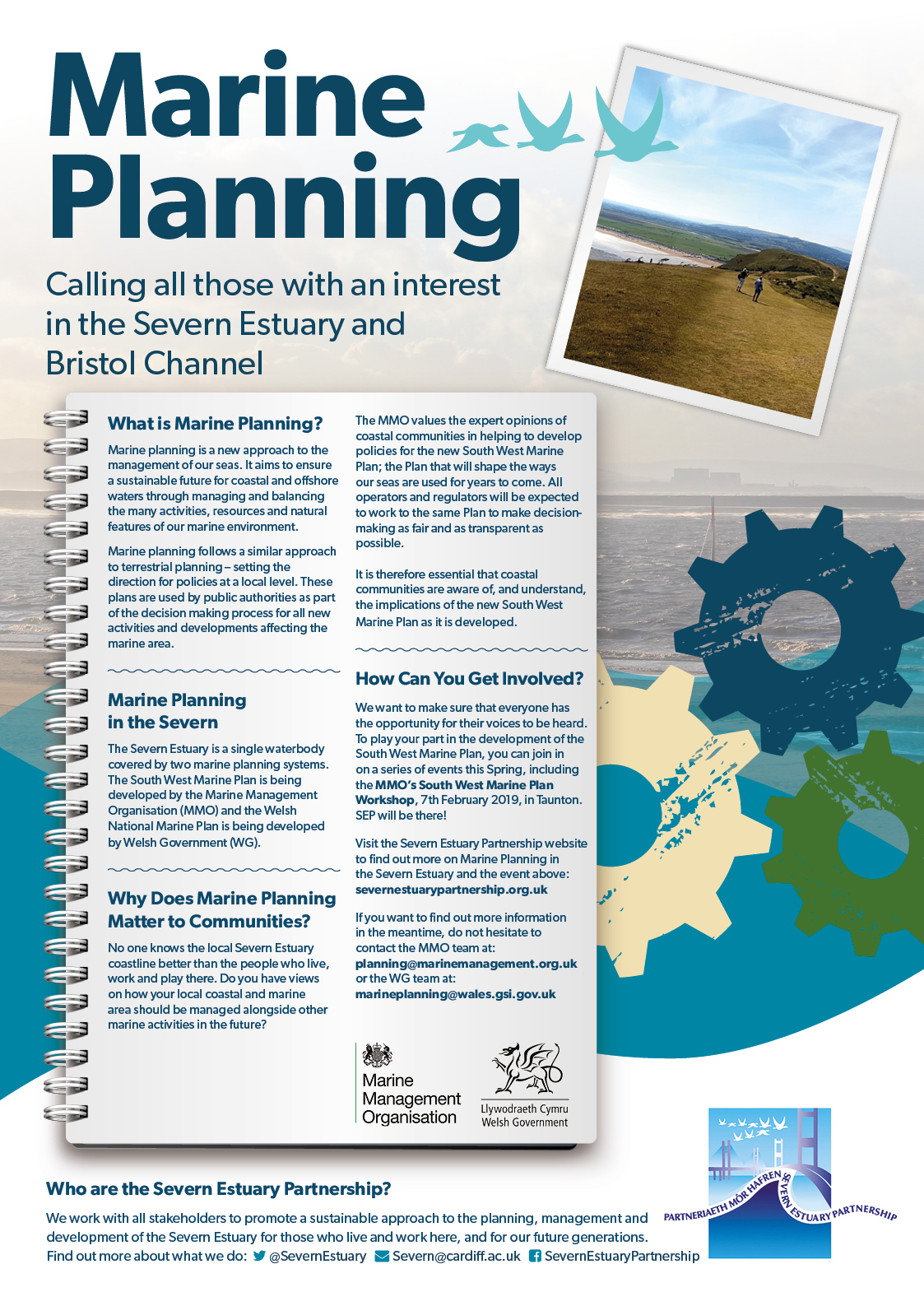 The Marine Management Organisation (MMO) was established following the Marine and Coastal Access Act 2009 and has responsibility for preparing marine plans for English inshore and offshore waters. The MMO has a duty to take decisions on proposed developments in the plan area in accordance with the Marine Policy Statement (MPS) and marine plans unless relevant considerations indicate otherwise.

The MMO has responsibility to:

The Marine Management Organisation is preparing plans for 11 areas in England. The first set of marine plans for English waters providing more detailed, area-specific guidance on marine issues. The first plans, the East Marine Plans, were published in 2014. The South Marine Plans were the second to be adopted in 2018. These are now being followed by plans for the North West, North East, South East and South West. All plans are due to be in place by 2021.

For more information on the South West Marine Plan, watch our Marine Planning animation here. This animation was produced as part of the ‘Enhancing Stakeholder Engagement’ project with the Marine Management Organisation and funded by the European Maritime and Fisheries Fund (EMFF).

Welsh Government are developing the first Welsh National Marine Plan (WNMP). It sets out their policy for the next 20 years for the sustainable use of our seas. Welsh Ministers are the planning authority for the Welsh:

The WNMP will contain plans and policies for both the inshore and offshore regions. Implementation guidance will help authorities understand the decisions they will need to take.

Through the development of the plan, Welsh Government have involved you in various ways, such as:

They are now working with stakeholders to finalise the plan text and, once approved by Ministers, they aim to publish the first WNMP in 2019.