Key outputs from IMCORE for the Severn: 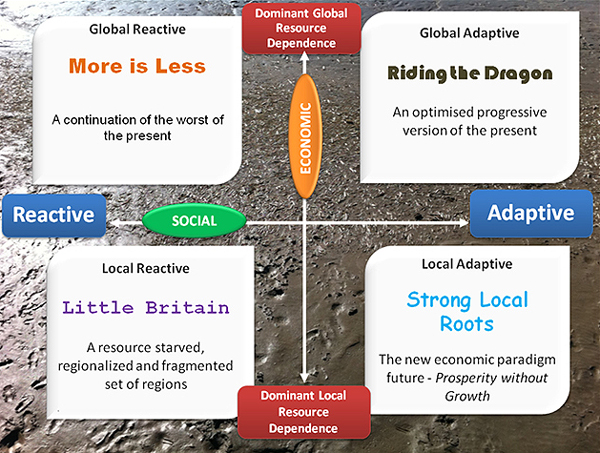 Socio-economic scenarios for the Severn Estuary were developed to help local policy makers and stakeholders aware of possible ‘futures.’ These portrayals of possible future socio-economic conditions can help inform a range of planning and adaptation processes, ensuring that adaptation on the Estuary is able to cope with a variety of different situations: IMCORE Severn Estuary Adaptation Scenarios

The report cards were aimed at Local Authority officers, including technical officers and planners around the Severn Estuary.  These cards were intended to be used as a reference tool for decision making, where climate change is a concern.  It is intended that these cards will be updated, as appropriate, to take account of changes in scientific opinion.

SECCRAG was established as part of the INTERREG IIIB COREPOINT project to provide a science input with a wider regional base, drawing in scientists and policy makers with an interest in the Severn region. The function continued to develop under the aegis of the INTERREG IVB IMCORE project. For both projects the emphasis remained on climate change.